Skip to main content
It looks like you're using Internet Explorer 11 or older. This website works best with modern browsers such as the latest versions of Chrome, Firefox, Safari, and Edge. If you continue with this browser, you may see unexpected results.

China Historical GIS
The China Historical Geographic Information System, CHGIS, project was launched in January 2001 to establish a database of populated places and historical administrative units for the period of Chinese history between 222 BCE and 1911 CE. CHGIS provides a base GIS platform for researchers to use in spatial analysis, temporal statistical modeling, and representation of selected historical units as digital maps.

Chinese Movie Database
Chinese Movie Database is the database of mainly Chinese language movies. The Database include 1) movies whose main dialogue is in standardised spoken Chinese (mandarin or putonghua) or regional dialects (e.g. Cantonese), 2) early (1910-1930’s) silent movies made by Chinese filmmakers, 3) movies not in Chinese but set in China, or are closely related to Chinese society, culture and history, and 4) movies not in Chinese but in which Chinese talents play important or starring roles.

Chinese Philosophical Etext Archive
The Chinese Philosophical Etext Archive is an archive based at Wesleyan University with from Wesleyan, the Mansfield Freeman Center for East Asian Studies, and the New England Council of the Association of Asian Studies..Materials in this archive include electronic versions of Chinese philosophical texts created by the Confucian Etext Project; electronic versions of Chinese philosophical texts from other sources, to some of which we have made minor improvements; and information on and links to more information on the preparation and use of these texts.

Image Database to Enhance Asian Studies (IDEAS)
The IDEAS project is one of the initiatives that grew out of the Digital Imaging Symposium at DePauw University, August 2003. The goal of the Image Database to Enhance Asian Studies [IDEAS] is to unify digitizing efforts already in progress at various campuses into a shared searchable database, open to anyone with access to the World Wide Web. IDEAS focuses on the generally underrepresented area of Asia in an attempt to make multi-media materials more widely available for specialists and non-specialists alike.

The Tibetan and Himalayan Digital Library
An international community using Web-based technologies to integrate diverse knowledge about Tibet and the Himalayas for free access from around the world.

The e-Government Entry Point of Taiwan
This site invites you to learn more about Taiwan. 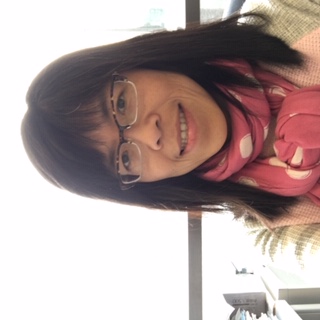